All Collections
Fundamentals
The Aphex Hierarchy

Written by George Britten
Updated over a week ago

The Aphex Hierarchy refers to the structure of Data in Aphex. The strict structure may seem a bit different at first, but it makes collaborating around plans much easier! The hierarchy provides teams with a way to group tasks that others will understand and, where necessary, break out into more detail without breaking the flow. 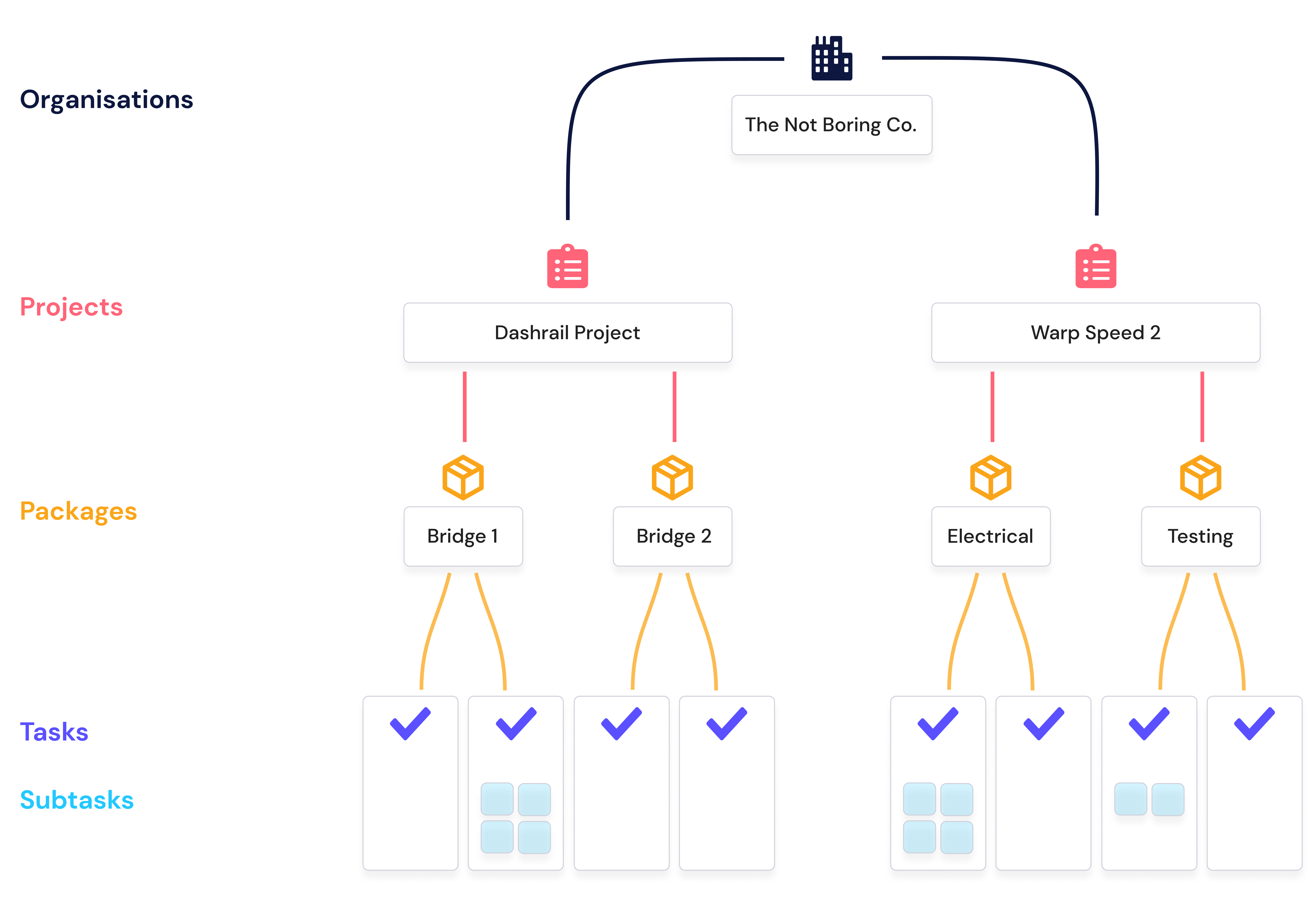 Organisations are the top level of our hierarchy, and represent the entity that owns all the work being performed. In some cases, Organisations may be a whole company or division, in others, it may be a single project team. Organisations provide top level access control for all users.

Projects are exactly what it says on the tin. Projects contain all the work, routines, assets, and users needed to deliver a specific project. In other words, Projects are a self-contained unit in Aphex that are set up and run their own way.

Packages are groups of work that represent something that is being delivered on site. They are intentionally open and flexible to allow teams to create plans that work for them. Packages can be used to represent things like “Bridge 1” or “Level 2 Fitout” but can equally be more generic, such as “Design” and “Subcontracted Works”.

Tasks are the basic unit of work in Aphex. Similar to what other systems might call activities, Tasks hold all the information about the unit of work. Tasks also have inbuilt access control, such that only those with a role on the Task, can edit it.

Subtasks are an optional level of detail below a Task. Subtasks can be created by Breaking Down a Task. This action turns the original Task into a Parent Task and passes any existing planned information down to the Subtask.

Did this answer your question?